Based on Dr. Lisa Sanders’ popular column in The New York Times Magazine, Diagnosis follows various patients on their respective journeys toward finding a diagnosis, and potentially a cure, for their mysterious illnesses.

Amid documentaries with serial killers, insights into the broken criminal-justice system and environmental disasters, it’s nice to watch one that inspires rather than saddens.

That’s especially true on Netflix, which has carved out a reputation for great true-crime docs since “Making a Murderer” became a sensation in 2015. But the streaming service may have found the trendy new documentary subgenre in its latest series, “Diagnosis.”

The seven-episode “Diagnosis” (now streaming is based on the New York Times Magazine column by Lisa Sanders, a New York City physician who chronicles strange medical mysteries. But the series doesn’t just tell stories about hard-to-diagnose patients; instead, Sanders crowd sources the cases after detailing patients’ symptoms. (TNT is trying a similar format with Ann Curry’s “Chasing the Cure.”)

The patients receive second opinions from far-flung doctors, other patients and medically interested civilians. In some cases, it leads to a definitive diagnosis and cure for someone who has suffered in medical limbo; in others, it simply offers community to a patient who felt alone.

Each episode lays out the patient’shistory, as they (and Sanders) describe symptoms, treatments and doctors that have failed them. One young girl has unexplained pain in her legs. A 40-something veteran has memory loss and emotional changes, but Alzheimer’s  and dementia are ruled out. Two patients are plagued by unexplained paralysis. A girl has seizures that might only be fixed by a surgery to remove half her brain.

The series wisely stays in the realm of patients without short life expectancies, so weeks or months of research are possible. It also means no overtly tragic endings, even if all aren’t perfectly happy. And while internet trolls cloud one episode, most of the crowdsourced advice is well-intentioned and informed. 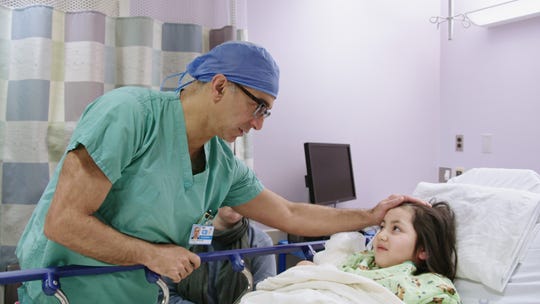 Dr. Saadi Ghatan attempts to reassure Sadie Gonzalez before her surgery to implant an electrical device to hopefully help control her seizures in “Diagnosis.” (Photo: Netflix)

Sanders, a consultant on Fox’s hit Hugh Laurie drama “House,” is a soothing presence and leads the audience through each story, explaining the medical jargon. Her sincere faith in the power of people to help strangers is infectious, and gives a potentially heartbreaking series a hopeful tone.

Besides solving riddles of why a man’s heart stops or a young child has intermittent paralysis, “Diagnosis” delves into the thornier issues of how the medical community interacts with patients, and how racist or sexist doctors can harm patients they should be helping. Obviously, Sanders is usually slanted to the side of the medical professionals over the patients who feel wronged, but it’s still impressive to see a black woman and a teen girl talk about doctors’ biases in such a frank way. It’s even more impactful to have Sanders and the series recognize systemic discrimination as a major part of why some of the documentary’s subjects don’t receive proper diagnoses or treatment. 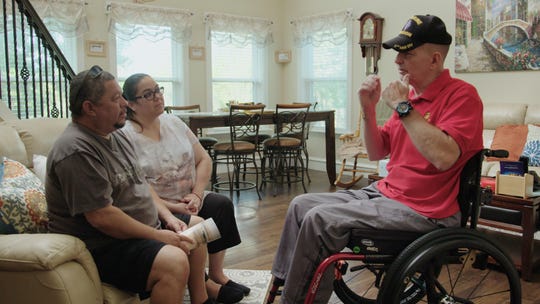 “Diagnosis” is designed for a binge-watch: Each episode ends with a preview of the next case before the credits roll, leading the viewer onward to the next episode. But it isn’t distracting or annoying; You want to see people find community, comfort and a cure. You want them to beat the odds of a health-care system that is expensive, slow and resistant to change.

In “Diagnosis,” sometimes people beat the odds, and that’s enough.