Christopher P. Austin, MD, NCATS director at NIH discusses the problem with un-coded rare diseases and goals for the future.

With 250 rare diseases newly identified every year, scientists can barely keep up — even as the healthcare system fails millions of Americans whose rare diseases have already been diagnosed.

That’s the warning from Christopher P. Austin, MD, director of the National Center for Advancing Translational Studies (NCATS) at the U.S. National Institutes of Health. 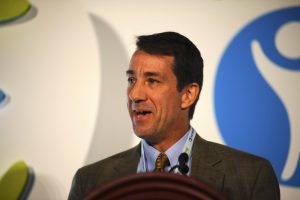 “There are currently 7,000 rare diseases, 80% of them genetic, and 250 new ones identified every year,” he continued. “Together, they have the same prevalence as type 2 diabetes — about 8% of the population — yet I would bet no more than one in 1,000 people on the street know that.”

“We at NCATS have decided that we have real problems with the word ‘rare.’ The public health implications of rare diseases are poorly understood but profoundly important,” said Austin, speaking at the recent 2019 World Orphan Drug Congress USA in Oxon Hill, Md.

Austin pointed out that the definition of “rare” varies by country. The U.S. Food and Drug Administration classifies a disease as rare if it affects fewer than 200,000 Americans. In Japan, it’s fewer than 50,000 patients, and in Europe, the Amsterdam-based European Medicines Agency says a disease is “rare” if it affects not more than one in 2,000 people.

“Because of the difficulties in coding these diseases, those costs are largely invisible to the actuaries who look at our healthcare system,” he said. “With diabetes and Alzheimer’s, you can come up with a number, a prevalence and a cost, and compare that to age-matched populations. We cannot do that for the vast majority of rare diseases.”

Austin added: “This is a real and increasing problem, given the appropriate concerns of our legislators and policymakers. If 8% of the population has healthcare costs that are essentially invisible, this community is not going to get the attention it deserves.”

Goals for the next 10 years

Austin was one of the 350 speakers at WODC 2019, a three-day event that attracted 1,200 delegates from 50 countries in the Americas, Europe, Africa, and Asia. Also representing NCATS was Anne Pariser, MD, who heads the agency’s Office of Rare Disease Research. 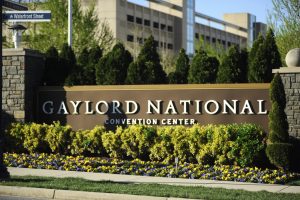 Nearly 200 patient groups participated in the April conference — from the Alport Syndrome Foundation and CureDuchenne to the Friedreich’s Ataxia Research Alliance — as well as the world’s two leading rare-disease umbrella groups, the National Organization for Rare Disorders (NORD) and Paris-based Eurordis.

Even without taking into account newly discovered diseases, Austin said, “at the current rate, it will be 2,000 years before every rare disease has an approved treatment. That is not acceptable.”

Austin outlined three goals for the next decade:

“It is unconscionable, in the current era, that the diagnostic odyssey still takes 15 or 20 years in many cases for patients to be accurately diagnosed. That results in a huge amount of healthcare expenditures, going from specialist to specialist. During this time, the patient’s quality of life goes downhill. And even when there is a treatment available, the patient’s status has gone down so much they’re often ineligible.”

Of the world’s 20 top corporate sponsors of clinical trials between 2008 and February 2019, only four — Celgene, Vertex Pharmaceuticals, Sanofi Genzyme and Alexion Pharmaceuticals— focused at least half their trials on rare diseases, according to a March 2019 report prepared by contract research organization Clinart, in collaboration with LongTaal, an industry consultant. 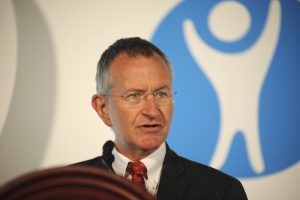 Centogene CEO Arndt Rolfs suggested that even the phrase “rare diseases” is misleading.

“It could make our medical colleagues think they’ll never get a patient with such a disease, so maybe instead we should call them ‘frequently missed diseases,’” he said. “It’s an obligation for us — and a challenge for us as scientists. In contrast to two or three decades ago, we now have all the technological solutions in our hands.”

Rolfs, whose German company calls itself “the world’s largest diagnostic portfolio for 3,500 diseases,” said that 90% of rare-disease patients are misdiagnosed for decades. In the meantime, they’re getting worse and often reach a stage of irreversible damage.

“So to improve the situation, we have to improve our understanding of epidemiology,” he said. “Typically, all these diseases are underestimated.”

Another big problem, said Rolfs, is that clinical trials usually have an American or European perspective.

“About 95% of our database still refers to information coming from the U.S. and Europe, and less than 5% are non-Caucasian,” he said. “But is this the right approach for rare diseases? We have to accept that the genetic makeup in different populations is completely different.”