The results of the trial set the groundwork for future research that may be able to help identify people with neurodegenerative conditions.

The growing ubiquity of powerful sensor technology in consumer devices have led to the development of tools meant to predict potential health risks like heart attacks and epileptic seizures. Increasingly, these devices may also be of use in the case of neurodegenerative conditions. 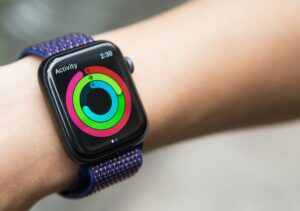 The early data also showed the ability to differentiate between people with mild cognitive impairment and mild Alzheimer’s disease.

The study, which included 113 individuals between the ages of 60 and 75, examined data acquired from a range of different sources including passively collected sensor data, surveys about mood and energy and assessments through a digital app developed by the researchers which had participants perform reading, typing and psychomotor tasks.

Through this data, researchers were able to link certain behaviors or markers that were indicative of cognitive impairment including typing speed, when individuals took their first daily step and the total number of messages received by participants.

The researchers also identified poor survey compliance and a reliance on “helper apps” like Siri and the Clock app as signifiers of cognitive decline.

“Over the past few years, we’ve seen how data and insights derived from wearables and mobile consumer devices have enabled people living with health conditions, along with their clinicians, to better monitor their health,” Evidation Health data scientist Nikki Marinsek in a statement.

“We know that insights from smart devices and digital applications can lead to improved health outcomes, but we don’t yet know how those resources can be used to identify and accelerate diagnoses. The results of the trial set the groundwork for future research that may be able to help identify people with neurodegenerative conditions earlier than ever before.”

Ultimately, the researchers hope to be able to use the learnings gleaned from the research to develop early screening tools for those at high risk of cognitive decline  or detect dementia and Alzheimer’s disease earlier using common devices.