Antisense Drugs for Huntington’s, ALS and Prion Diseases Could Meet the Dire Need for Brain Treatments

Among the human body’s many maladies, few have stumped medical researchers like those that decimate the brain. After decades of effort, effectively treating—let alone curing—neurodegenerative disorders such as Huntington’s and Alzheimer’s disease has been a source of frustration for many, as old theories are questioned and clinical trials fail. 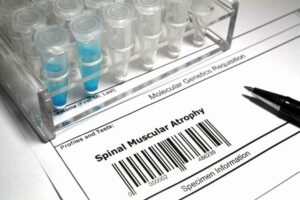 Basic scientists have achieved some progress. Over the past few decades, they have made serious headway in identifying single inherited genes responsible for genetic forms of various neurodegenerative diseases such as Alzheimer’s—and also the molecular and neural mechanisms behind nongenetic, or sporadic, forms of brain maladies. Yet translating these findings into working therapies has proved challenging.

With genetic engineering technologies, such as CRISPR, that literally rewrite our DNA still a ways away from routine use, a number of clinical researchers have turned to a more immediate genome-based approach to treat disorders of the brain: manipulating RNA to modify levels of proteins associated with disease.

DNA provides our genetic code, with its sister molecule RNA translating that code into the proteins that run our brains and myriad bodily functions. Scientists can now use molecules called antisense oligonucleotides (ASOs) to modify this process by binding to RNA and altering translation. ASOs are DNA-like molecules that greatly resemble the DNA that produced the RNA they correspond to in the first place. Depending on where they are designed to bind, these antisense molecules can prevent an RNA from being translated into a protein, which reduces levels of that protein in the body or brain. Alternatively, these same DNA-like molecules can be crafted to interfere with RNA machinery that normally inhibits or slows translation. In this case, more protein is made.

A major antisense oligonucleotide success story arrived with the 2016 approval of a drug called Spinraza (nusinersen). It was the first approved drug for spinal muscular atrophy, a devastating disorder affecting communication between nerves and muscles. Since then, there has been promising research in a bevy of neurodegenerative conditions, including Alzheimer’s, amyotrophic lateral sclerosis (ALS) and Huntington’s.

So many neurological and neuromuscular diseases result from either having too much or too little of a particular protein, and theoretically, antisense therapy could intervene to restore normal protein function. Let us say a patient’s brain is overrun with too much amyloid protein, a key characteristic of Alzheimer’s disease pathology: Getting enough of an ASO to bind to the RNA that produces the protein could bring its levels down—to normal in a perfect world. Another protein called tau also builds up in the brains of patients with Alzheimer’s or other tau disorders, such as the chronic traumatic encephalopathy experienced by athletes and soldiers. The list of these pathological proteins also includes alpha-synuclein in Parkinson’s, huntingtin in Huntington’s and SOD1 in some forms of ALS.

“There is so much to be excited about in the antisense oligonucleotide realm,” says Washington University in St. Louis neurologist Timothy Miller. “Just within the past few years, there’s been an incredible amount of activity.”

Miller has studied ASOs for years. He did pivotal research in lab animals that showed these molecules dispersing widely throughout the brain—studies he characterizes as an “entry point for using this technology in neurologic disease.” Miller’s work has served as the basis for an ongoing phase I trial in Europe. His own group has partnered with Ionis Pharmaceuticals and Biogen to test the approach in ALS. That research has so far shown that an ASO that binds to SOD1 is not only safe but lowers levels of the protein in patients’ cerebrospinal fluid by 37 percent. Miller presented the data at the American Academy of Neurology’s annual meeting this past May.

The history of oligonucleotide therapy has much to do with Ionis, with whom Miller has collaborated over the years. (Founded in 1989 by Stanley Crooke, Ionis was initially called “Isis.” But after the rise of the terrorist group Islamic State of Iraq and Syria, or ISIS, Crooke conceded that a name change was in order.) Touted by some early on as the “next Microsoft,” the company had its ups and downs in the early years. Much of the early work in the area proved to be inaccurate, and grant funding for antisense research was drying up. The obvious puns were slung: variations of “Does antisense make sense?” appeared in several papers.

But Ionis has since worked out the molecular kinks and has established itself as a leader in the antisense world, garnering numerous approvals for treatments for an array of conditions, including nusinersen.

Miller points to other recent developments in antisense technology, such as Tegsedi (inotersen), an Ionis drug approved for a condition called transthyretin-mediated amyloidosis, in which a toxic protein builds up in the peripheral nerves. He also calls out a recent study published in the New England Journal of Medicine that reports oligonucleotide therapy might be an effective treatment strategy in Huntington’s disease. Many of our tissues, but especially our brain, normally contain a gene called HTT that encodes for the huntingtin protein. Part of this gene contains repeated segments for three of the letters of the DNA code—cytosine, adenine and guanine, which are known as CAG repeats. In people with Huntington’s, there are far too many of these repeats, resulting in abnormally large, mutant huntingtin proteins that cause neuronal damage. In patients with Huntington’s, the new research, which has led to clinical trials, suggests that ASO treatment can safely lower levels of the enlarged protein. And in theory, this same approach could work in other neurodegenerative disorders typified by the overexpression of specific proteins, such as Alzheimer’s disease.

Antisense treatments are also being investigated for prion disorders, which involve toxic proteins that wreak havoc on the brain. At the forefront of antisense prion research is a married couple: Sonia Vallabh and Eric Minikel. Vallabh had originally trained as lawyer and Minikel had done so as a transportation engineer. Yet after Vallabh’s mother passed away from a rapidly progressive prion dementia called fatal familial insomnia, they made a drastic career shift.

By 2012, Vallabh and Minikel had both started lab jobs. By 2014, they had begun their Ph.D.s in biomedical science at Harvard Medical School and wound up affiliated with the Broad Institute of the Massachusetts Institute of Technology and Harvard, where they remain researching prion therapies (they just defended their Ph.D.s in April).

Prion diseases, such as Creutzfeldt-Jakob and mad cow disease, have traditionally been thought of as caused by “infectious proteins,” or malformed proteins that jump from neuron to neuron, disabling neurological function. But these conditions are increasingly being seen as variants of the same disease, all stemming from the misfolding of one specific protein: the prion protein, or PrP. Vallabh and Minikel believe this protein is a suitable target for ASO treatments.

“You have all of these conditions named for one doctor or another—like Creutzfeldt-Jakob disease or Gerstmann-Sträussler-Scheinker disease—that are really all clinical subtypes of the same disease,” Vallabh explains. “Underlying these diseases, there’s one gene: the prion protein gene.”

Inspired by the success in Huntington’s, Vallabh and Minikel’s team has partnered with Ionis to, it is hoped, develop ASO therapies for prion diseases. The researchers have already seen results in mouse studies and hope to move their work into humans within a few years.

Vallabh and Minikel’s optimism for the field is tempered by one major downside to antisense therapies: cost.

A course of nusinersen treatment runs $750,000 in the first year and $375,000 in each subsequent year. As a result, many public health care systems around the world were initially reluctant to fund the drug. Nusinersen is now recommended in more than 40 countries, however—at least, in a subset of patients. “It’s a lot,” Minikel agrees. “But unfortunately, that’s how it is for most rare-disease drugs.”

Another drawback of most antisense oligonucleotide therapies targeting the brain is that they typically require an intrathecal injection, similar to a spinal tap, which makes many patients uneasy. On the flip side, these medications have a long half-life, so treatment is usually only required a few times a year. And prices could diminish as the field finds new ways to more efficiently make the drug.

Researchers are continuing to refine the technology. Adrian Krainer, a biochemist at Cold Spring Harbor Laboratory, who worked with Ionis to develop nusinersen, says his team is working on advancing ASO technology to more accurately inhibit or upregulate RNA activity to influence protein production. It is after tight control in how genes are turned on or off.

Krainer is co-founder of Stoke Therapeutics, a company focused on treating severe genetic disease using antisense oligonucleotides. Stoke’s most advanced drug candidate is for Dravet syndrome, a rare and severe type of childhood epilepsy, though its team is also pursuing treatments for diseases of the eyes, liver and kidneys—and even certain cancers. “There’s a lot going on here, and these are not easy problems to tackle,” says Krainer, who has spent his entire academic career studying RNA modulation. “But wouldn’t it be nice to have one approach that could treat a range of disorders?”

Some neurodegenerative disorders linger for years; others, such as prion disorders, can progress quickly. The bottom line is they never stop.

For his part, Minikel hopes this will not be the case forever. “If we can’t figure out a way to target a specific pathological protein, maybe we can develop a drug against its corresponding RNA,” he says. “There’s a whole class of diseases that have been kind of untouchable, but now they’re coming within view.”