A Doctor Tested a New Treatment on Himself, Now it's Saving Other Lives


Penn Medicine physician, David Fajgenbaum, developed a treatment for Castleman disease, and tested on himself. Clinical trials will begin in the coming weeks. 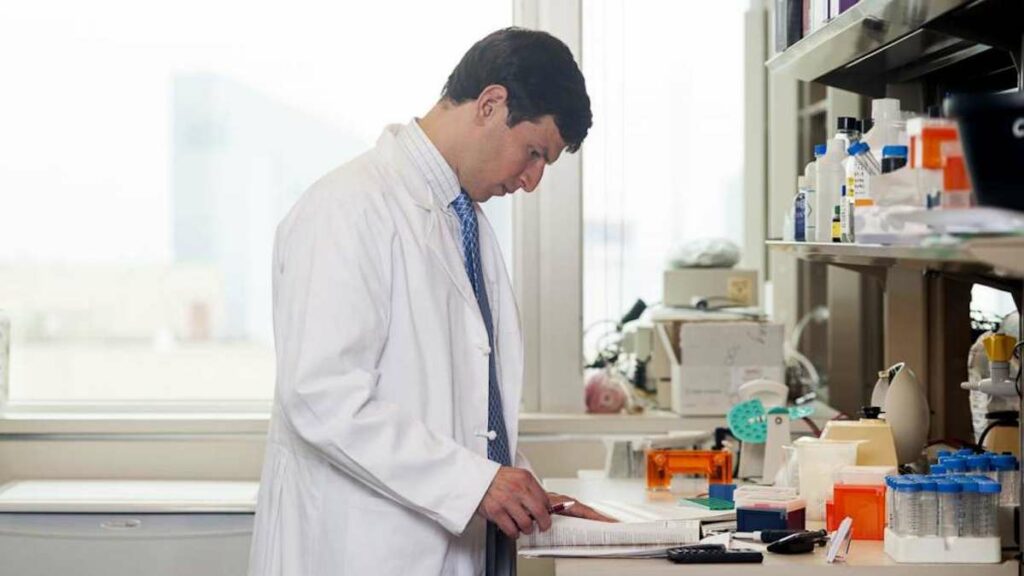 When Dr David Fajgenbaum was diagnosed with Castleman disease his prospects looked so grim he once had the last rites administered. Yet Fajgenbaum found a possible molecular basis for his condition and tested a potential treatment on himself. Five years later he remains in remission and is first author on a paper describing the successful treatment on himself and others.

Castleman disease is the name given to a group of similar-appearing inflammatory disorders. Some of these are mild enough to be hard to distinguish from the flu, but the most serious, idiopathic multicentric Castleman disease (iMCD) can cause multiple organ failure. More than a third of iMCD patients die within five years of diagnosis.

Siltuximab, the only currently approved drug for (iMCD), induces dramatic remission in up to half of patients, but does nothing for others. As one of those who didn’t benefit, Fajgenbaum tried chemotherapy, experiencing terrible side-effects, but his sickness rapidly returned after each course of treatment and he nearly died five times.

As a medical student at the University of Pennsylvania, however, Fajgenbaum had the opportunity to investigate the molecular basis of his own disease. In the Journal of Clinical Investigation, he describes identifying unusually high mammalian target of rapamycin (mTOR) signaling in samples from his lymph nodes compared to those from healthy people. MTOR acts as a stage in a cell regulation pathway whose malfunction has been implicated in a number of important diseases.

Sirolimus is a mTOR inhibitor already approved to prevent rejection of transplanted kidneys. Fajgenbaum took it and his symptoms went into remission. “I realized that if I didn’t dedicate the rest of my life to trying to cure this disease, that no one else was going to do it,” he told the Huffington Post in 2017 as it was starting to become clear the process had worked. “I didn’t have many more shots.” Fafgenbaum’s book on his experiences can be preordered before September release.

Following this success, colleagues gave the same treatment to another two patients whose iMCD had also not responded to existing treatments.

At the time of submitting the paper, Fajgenbaum had been in remission for five and a half years, while the other two patients had each gone for 19 months without the disease coming back.

A clinical trial is about to open at the Universities of Pennsylvania and Arkansas, offering hope to those who have not responded to siltuximab and live close enough to either location to take part.

The implications of Fajgenbaum taking the proverb “physician heal thyself” literally could be much wider, however. Recent work has raised the possibility mTOR inhibition could be a lifesaver for what is currently the least treatable form of breast cancer.

More broadly still, the story emphasizes the same cellular pathway can cause different diseases depending on the organ in which it malfunctions. “This highlights the potential for the approximately 1,500 drugs already approved for one condition to also be treatments or cures for the 7,000 diseases with no or insufficient treatment options like ALS and many pediatric cancers,” Fajgenbuam said.